Professor Rich Gazan discusses his research on social computing, and how information and computer sciences can contribute to the study of life beyond earth.

Hi Rich. Social computing sounds pretty broad. How would you describe it? 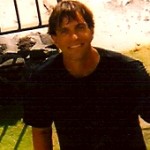 It’s not just Facebook :). The part I’m interested in has to do with information that’s generated and vetted by large numbers of non-experts, and how people integrate and distill information from diverse sources. If two or twenty or two hundred anonymous posters tell you a restaurant is worth visiting, or a movie is worth seeing, how do you weigh that against the opinions of your friends, or pro reviewers? How can review and opinion sites be influenced or gamed? I think any social force that influences information access is in the realm of social computing.

How did you get interested in that line of research?

In my past life I worked for a startup company that was trying to integrate different kinds of journal article databases. Traditionally, if you wanted to learn about, say, a sports injury, you could search a medical database or a sports and physical education database, but not both at the same time. Presenting results from diverse sources on the same page led to all kinds of challenges, and figuring out how to integrate those results in a way that allowed people to see the range of information and make their own decision is fundamentally different from trying to computationally determine the One Best Answer. I also helped develop Answerbag, the first social Q&A site in the US, where people post multiple answers to a single question, and rate and discuss the diverse responses. The interaction that takes place around a Q&A framework is the essence of my little corner of social computing, and that’s still central to my research.

What in the world is astroinformatics?

The term is relatively new, but generally it’s the intersection of astronomy and information science. We have all these cool space telescopes, Mars rovers and other unmanned spacecraft sending back pictures and data about the universe that we’ve never been able to access before, and all that information needs to be managed and integrated to allow scientists to make sense of it. That’s a pretty complex problem by itself, but it’s not just the information that needs to be integrated, it’s the scientists too. Astronomers, biologists, geologists, hydrologists, meteorologists, oceanographers…people from all these disciplines and many more have knowledge that can contribute to understanding the data our telescopes and space probes find. For example, what might land or ice formations imply about the possibility of liquid water on the moons of Saturn, and what might that imply about the possibility of life there? The bigger the question, the more interdisciplinary the answers, and to help diverse scientists communicate we’re back to integrating diverse databases.

Is this related to the NASA astrobiology grant you’re working on? 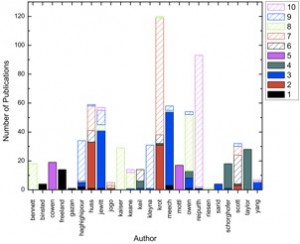 Definitely. The folks at the NASA Astrobiology Institute have been funding scientists from a very wide range of disciplines to study life beyond earth for a long time, and one of the main bottlenecks they’ve encountered is the difficulty of communicating across disciplinary boundaries, and accessing information in unfamiliar fields. I was invited to submit a proposal for a knowledge integration component of a 5-year, $8 million grant led by the University of Hawaii Institute for Astronomy, the Astrobiology Integrative Research Framework (AIRFrame; http://airframe.ics.hawaii.edu/), and we were funded in 2009.

Right now we have two ICS PhD students who are funded by the grant, applying their research interests to problems of astrobiology: Lisa Miller in machine learning and robotics, and Mike Gowanlock in computational modeling of the galactic habitable zone, and the graphics you see here are a result of their work. We’ve been working on ways to use information clustering methods to identify latent commonalities between publications by diverse astrobiology researchers, identifying potential “bridge” papers with information common to multiple sciences, and developing a data-driven metric of interdisciplinary research. We’ve been invited to participate in the next round of funding in 2014, and our group is very hopeful that we’ll be able to continue and extend our work.

If students are interested in getting involved with your research, what skills are you looking for?

In an interdisciplinary project like this, it’s more useful to have broad interests plus the ability and confidence to teach yourself what you need to learn as you go, as opposed to a narrower set of skills. 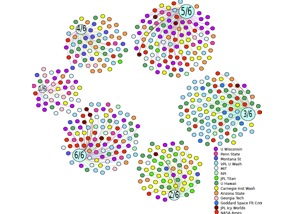 Apart from Lisa and Mike, we’ve also worked with graduate and undergraduate students in a variety of fields, either via independent study projects or the Research Experiences for Undergraduates (REU) program. For example, we’ve had two graduate students in Library & Information Science apply their information organization and journal article database searching skills to help us collect data for later analysis. We’re at the point now where someone with data visualization skills would help, to create a navigable map of the astrobiology papers we’ve collected, allowing users to move from core papers in one field to those that span disciplinary boundaries. But if someone comes in with an interest that’s tangential to what we’re doing, that’s great–it would be kind of hypocritical if we weren’t open to integrating diverse ideas :).