Hi Scott. What is e-Government, e-participation, and digital democracy? 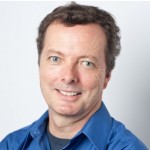 e-Government is an umbrella term that covers all forms of the use of information and communication technologies (ICTs) in the government. Some parts of e-government are pretty mundane (though important) like Internet vehicle registration, but others are more interesting like digital neighborhood watch programs. We are lucky in Hawaii to have some very innovative thinkers and developers in the area of e-Government, including a newly-appointed CIO for the city and county of Honolulu. A very exciting emerging area is the open government initiative in which vast amounts of information that should be publicly available, but is not because it is hidden in complex data storage systems, will be opened to any interested app developers through APIs.

e-Participation and Digital democracy both refer to the use of ICTs to support democratic activities such as political deliberation, campaigning, organizing, activism, voting, etc. There is a lot of interest in understanding how citizens are using new forms of social media — like Twitter, Facebook, and YouTube — to participate in civic affairs, organize political activities, and learn about local, national, and global political issues. At the same time, there is considerable work going into the design of new tools for participation and civic engagement.

You recently received a grant from the National Science Foundation to study social networks in political deliberation. Can you tell us more about that?

Yes, that is very exciting indeed. The grant has three parts. In one we will observe people in the lab using social media to learn about candidates and make voting decisions. The HICHI (Hawaii Computer-Human Interaction) Lab is set up to record in detail the steps that people take when they are using a computer system, and we hope to learn about what their intentions are, what interests them, what influences them, what they remember, etc. from different kinds of engagements with social and new media in the context of political decision making. In a second part we will be following a group of people in a longitudinal study through this upcoming election and the next midterm election in order to watch changes in their adoption of new ICTs. In a third part we will be designing tools for helping people browse and navigate the complex maze of information that they are currently dealing with through these tools. It is great that people are using new media and social networking sites for civic engagement, but they are also finding themselves overwhelmed. We would like to use the data we gather from the lab and longitudinal studies to inform the design of software tools that will help people better utilize these new services and platforms.

In 2000 when George Bush ran against Al Gore, there was a ballot design SNAFU in Florida in which votes that were probably meant for Al Gore went to a different candidate by accident. It might even have been enough votes to swing the state unambiguously for Gore. Regardless of your political views, nobody wants voters’ intentions to be thwarted like that. At that time electronic voting machines were first being discussed and I got involved in the issue of how the interfaces should be designed so that voters could easily understand them, navigate the ballot, and make their desired choices without error. From there my interest in the interplay of information technology and civic engagement grew. Candidate Obama’s use of social media, the Arab Spring, the Occupy movement, and other recent developments have shown that social media will be a big player in politics and government in the future. The NSF project is to study over four years the use of social networks by citizens for political discussion and decision making. We will be interested in how people gather, disseminate, and use social information during the elections, and how it might be different from traditional sources and types of information. We will also be watching changes over time and trying our hand at designing technology-mediated social environments that encourage civic participation.

What other research projects related to e-government and e-participation are you working on? 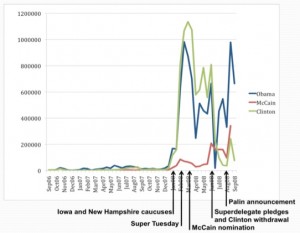 We are also looking at logs of posts that people make on politicians’ Facebook sites and that tag with politicians’ names in Twitter to get an idea of what they are doing. We have conducted what is called “sentiment analysis” to understand how the tone of political dialog and the goals of participants shift as an election approaches. We are also interested in how different SNSs drive different kinds of activities. We also sometimes get to have some input on the usability of new applications being developed for e-government purposes. We haven’t started working on this yet, but we talk a lot about how different countries and cultures use ICTs differently for e-government and e-participation purposes. That would be a great direction to go in.

If students are interested in getting involved with your research, what kind of skills would you be looking for?

The study is very interdisciplinary. We will be gathering data from human subjects both in a lab setting and longitudinally in real-life settings. This requires skills in behavioral data collection and analysis. We will also be building and user-testing prototypes of social-network applications, which requires skills in human-computer interaction and application programming, especially for web-based and mobile social platforms. Finally, we do a lot of analysis of existing logs from social sites like Facebook and Twitter. ICS students with knowledge of these APIs, and with the programming skills for finding patterns in this data and/or visualizing it, are greatly needed.

Right now the team that is working in the HICHI lab is very diverse. Take a look at its People page to read about some members of the lab.

I am very open to working with anyone who is interested in this area, both graduate students and undergrads. This is an area that has both exciting theoretical aspects to it and also important practical implications. It is an area that will be growing as ICTs become more widespread.