Blog - Latest News
You are here: Home / All / Awards / LAVA and Oceanit receive award from US Army 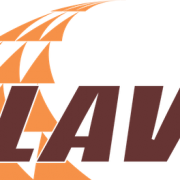 The approach is based on  Professor Jason Leigh’s research on the National Science Foundation’s OptIPuter project, conducted in 2004. The OptIPuter, so named for its use of Optical networking, Internet Protocol, computer storage, processing and visualization technologies, is an envisioned infrastructure that will tightly couple computational resources over parallel optical networks using the IP communication mechanism. The OptIPuter exploited a paradigm shift in which the central architectural element is optical networking, not computers – creating “supernetworks”.

One of the major outcomes of the OptIPuter project was the development of SAGE– the Scalable Adaptive Graphics Environment, which was able to stream, in real-time, large scale data visualizations over 10 gigabit networks to ultra high resolution tiled display walls. Today SAGE and its successor SAGE2, is considered the de-facto software for driving ultra high resolution display walls.

“I am delighted to be able to now transfer this knowledge to Oceanit, so that we can turn a decade of research into practical applications and help boost Hawaii’s tech economy.” – says Professor Leigh.

Based in Honolulu, Oceanit is one of Hawaii’s most innovative science, technology, and engineering companies, which employs over 160 scientists & engineers in Hawai’i, California, Texas, and Washington, D.C.