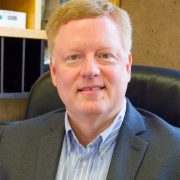 Invertible Bloom Lookup Tables and Their Applications to Data Analysis

Abstract:
We present a version of the Bloom filter data structure that supports not only the insertion, deletion, and lookup of key-value pairs, but also allows a complete listing of the pairs it contains with high probability, as long the number of key-value pairs is below a designed threshold. Our structure allows the number of key-value pairs to greatly exceed this threshold during normal operation. Exceeding the threshold simply temporarily prevents content listing and reduces the probability of a successful lookup. If entries are later deleted to return the structure below the threshold, everything again functions appropriately. We also show that simple variations of our structure are robust to certain standard errors, such as the deletion of a key without a corresponding insertion or the insertion of two distinct values for a key. The properties of our structure make it suitable for several applications, including database and networking applications that we highlight.

Bio:
Prof. Goodrich received his B.A. in Mathematics and Computer Science from Calvin College in 1983 and his PhD in Computer Sciences from Purdue University in 1987. He is a Chancellor’s Professor at the University of California, Irvine, where he has been a faculty member in the Department of Computer Science since 2001. Dr. Goodrich’s research is directed at the design of high performance algorithms and data structures with applications to information assurance and security, the Internet, machine learning, and geometric computing. With over 300 publications, including several widely-adopted books, his recent work includes contributions to efficient and secure distributed data structures, information privacy, social networks, and cloud security. He is an ACM Distinguished Scientist, a Fellow of the American Association for the Advancement of Science (AAAS), a Fulbright Scholar, a Fellow of the IEEE, and a Fellow of the ACM. He is a recipient of the IEEE Computer Society Technical Achievement Award, the Brown Univ. Award for Technological Innovation, and the Pond Award for Excellence in Undergraduate Teaching.