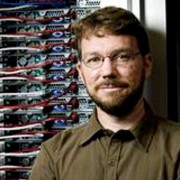 Today, the large-scale compromise of Internet hosts serves as a platform for supporting a range of criminal activity in the so-called Internet underground economy. In this talk I will start by quickly surveying work that our group has performed over the past decade on the problems posed by these threats, and how our research directions have evolved over time in response to them. In the remainder of the talk, I will go into detail on recent work that our group has performed in an end-to-end analysis of the spam value chain. Using extensive measurements over months of diverse spam data, broad crawling of naming and hosting infrastructures, and product purchases from a wide variety of spam-advertised sites, I’ll characterize the modern spam ecosystem including system infrastructure, business models, cost accounting, and consumer demand. I’ll end by characterizing the relative prospects for anti-spam interventions at multiple levels, and initial results of interventions in the payment tier.

This work is part of a long-standing collaborative effort between UCSD and ICSI.