Blog - Latest News
You are here: Home / / All / Talks / Seminar: Jason Leigh, “Emerging from the CAVE: Research at the Electronic... 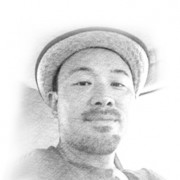 In 1992 the Electronic Visualization Laboratory (EVL) at the University of Illinois at Chicago invented the CAVE- that created a paradigm shift in virtual reality away from bulky head-mounted displays to light-weight 3D glasses. This presentation will describe EVL’s research in visualization technologies since the CAVE, and how they are used everyday for research and education around the world.

Included will be an introduction to the new CAVE2 system completed in October of 2012. The presentation will also briefly introduce Human Augmentics, a new field at UIC aimed at developing and studying technologies for expanding the capabilities and characteristics of humans.

Speaker’s Bio: Jason Leigh is a Professor of Computer Science and Director of the Electronic Visualization Laboratory and the Software Technologies Research Center at the University of Illinois at Chicago. Currently he is a Fellow of the Institute for Health Research and Policy. He has also held appointments at Argonne National Laboratory, and the National Center for Supercomputing Applications. His research expertise includes: large scale data visualization; virtual reality; high performance networking; and video game design. IN 2010 he initiated a new multi-disciplinary area of research called Human Augmentics – which refers to the study of technologies for expanding the capabilities and characteristics of humans. His work has received widespread press from media including: the New York Times, Popular Science’s Future Of, Nova ScienceNow, and NSF Science Now. Leigh also teaches classes in Software Design and he has been teaching Video Game Design for over 10 years.