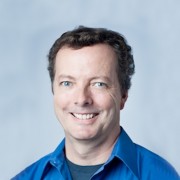 From Honolulu Civil Beat, July 27, 2012: “Candidates are engaging people through these media in a way they wouldn’t have before,” said Scott Robertson. “Especially national candidates at the level of the Senate and House, they’re following a national trend. Almost no national candidates are absent from social media anymore.” Robertson has been conducting studies looking at how people — particularly young adults — respond to the use of social media in national politics.

Seminar: Susanna Still, “The thermodynamics of prediction”
Scroll to top