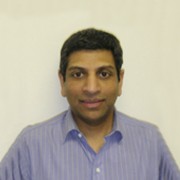 Abstract: The Global Environment for Network Innovations (GENI) is a suite of research infrastructure components rapidly taking shape in prototype form across the US. It is sponsored by the US National Science Foundation, with the goal of becoming the world’s first laboratory environment for exploring future Internets at scale, promoting innovations in network science, security, technologies, services, and applications.

GENI enables researchers to explore these issues by running large-scale, well-instrumented, end-to-end experiments engaging substantial numbers of real users. These experiments may be fully compatible with today’s Internet, variations or improvements on today’s Internet protocols, or indeed radically novel “clean slate” designs. The GENI project is paving the way to such experiments by a “mesoscale” build-out through more than a dozen US campuses, two national backbones, and several regional networks. Early successes with these build-outs are laying the foundation for a more substantial build-out with the goal of GENI-enabling 100–200 US campuses.

Bio: Dr. Vicraj (Vic) Thomas is a Scientific Director at BBN Technologies and a Systems Engineer with the GENI Project Office (GPO). His research interests lie in the areas of distributed and fault-tolerant systems. On the GENI project he is responsible for Distributed Services and Security. Prior to BBN, Vic was a Staff Scientist at Honeywell. He was the Industrial Technology Area Leader for the sensor networks research area within the US-UK International Technology Alliance (ITA) program on Network Science; the PI for Honeywell’s DARPA NEST and Ultra*Log projects; a systems architect on the NASA C3I network for the Orion program and a member of the architecture team for the Boeing Future Combat Systems SOSCOE system (middleware for the FCS system of systems). Vic has been invited to speak at workshops and conferences including the NSF/Japan Society for the Promotion of Science Workshop on Sensors, Smart Structures and Mechatronic Systems (Tokyo 2005), the EU Workshop on Next Generation Sensor Actuator Systems (Edinburgh 2007), the International Workshop on Cyber-Physical Systems Challenges and Applications (Santorini 2008), the International Symposium on Global Information Governance (Prague 2009) and Workshop on the Governance of Technology, Information, and Policies (Orlando 2011).