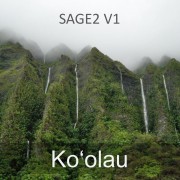 The Laboratory for Advanced Visualization and Applications collaborates with the Electronic Visualization Laboratory at the University of Illinois at Chicago to release SAGE2 version 1.0, called Koʻolau, at the annual Supercomputing conference, held this year in Austin, Texas. The software was released at the 7th SAGE Birds of a Feather meeting and demonstrated at the National Center for Supercomputing Applications (NCSA) booth. 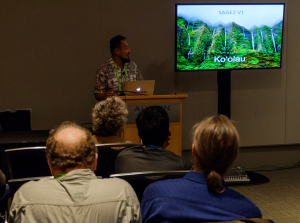 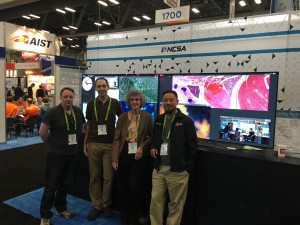 SAGE2 is software to enable users to manage large scale display walls as one unified collaboration environment able to bridge distance. SAGE2 is funded by a $5M award from the National Science Foundation to the University of Hawaiʻi at Mānoa. Additional support comes from the Academy for Creative Media System to deploy SAGE2-enabled CyberCANOEs on the campuses of the University of Hawaiʻi system.

University of Hawai‘i Data Visualization Expert to Build the Top System in...

LAVA at Cinegrid 2015
Scroll to top